Review Consensus: 27 Rating: 9 Number of users: 3
Fed Conti (aka Mahjong) was born in North West Italy and began his career in music in the late 90’s, moving to the UK in 2005 to launch his music production & publishing company Mahjong Musi ...

Fed Conti (aka Mahjong) was born in North West Italy and began his career in music in the late 90’s, moving to the UK in 2005 to launch his music production & publishing company Mahjong Music Ltd. Growing up as a jazz-rock musician, he played the Hammond organ and piano with artists such Zucchero Sugar Fornaciari, Benny Golson, Charles Bowen, Lannie McMillan, Mike Stern, Buster Williams, and Mel Gaynor from Simple Minds.
He started his career as DJ and producer in early 2000 under the influence of the British Garage and 2 Step movement. In the same year Daniele Baldelli (famous Italian Funky DJ) introduced Fed to ‘Italian club culture’ and so he began playing and producing live-sets with groove machines & real time sequencing, playing funky-house, 2 step, UK-garage and hip-hop. In the same year, he started to play as a DJ and combined the use of turntables and PCs and sequencing them together. Later Fed brought 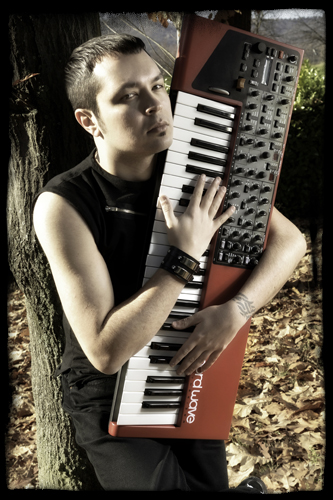 his live and DJ sets to clubs such as Pacha (London), Avalon (Los Angeles),Midem (Cannes), Fura (Italy), Paradiso (Amsterdam) to mention just a few.
In 2004, as music producer he became part of the project "Cube Guys", with Roberto Intrallazzi (FPI project) and Luca Provera, producing the Ibiza hit "Te Quiero" for the Roger Sanchez's label (Stealth Records), which landed in the Top 10 list on the European House Charts. With the Cube Guys he also produced “Love Magic” featuring the house diva Kym Mazelle released by Umm. After this record, Fed left the Cube Guys project to concentrate on new music collaborations.
In 2006 he founded and produced the soulful house project “Eyes Of Love” featuring the singer / songwriter Sara Grimaldi. The 1st single My Love Is U charted in the top 20 Billboard USA Club Charts for 2 months and charted in the world top 50 dance tracks of the same year.
During 2007, under the pseudonym of ”Mr Gone” he released “Do For Love” with Rebirth Records which immediately received support and reviews from DJs such as: Laurent Garnier, Tom Novy, Tony Senghore, Mike Monday, Oscar G, Tom Neville, Freeform 5 and it appeared as a “sure play” review in the June edition of DJ Magazine: DMC defined this release as an essential record for the year 2007.
Between 2005 and 2011 Fed Conti has recorded and produced under even more pseudonyms: Mr Gone an electro-house artist, Laisla as a latinhouse producer, Joe Velvet for some breakbeat releases, Nardis for downtempo and nu jazz styles and as Mahjong throughout for past and present house works and remixes. Active as both solo artists and as a member of many music projects, the most important collaborations are La Boutique (with Aurore Colson), Audioair (with Mike Macdermid), De Madrugada (with Simon Papa and Roberto Taufic), Eyes Of Love and Mind Into Mind (with Sara Grimaldi) and Sun & Soul Shades (with Theresa Burnette).
In 2010 a collaboration with the rappers Shy & Drs was born and Fed started producing various tracks mixing hip-hop elements with electro and club music. Some of these tracks include special guests suck Kuniva D12 from the Eminem’s crew and Daniel McCafferty from the 80’s rock band Nazareth.
In early 2011, after years of hous 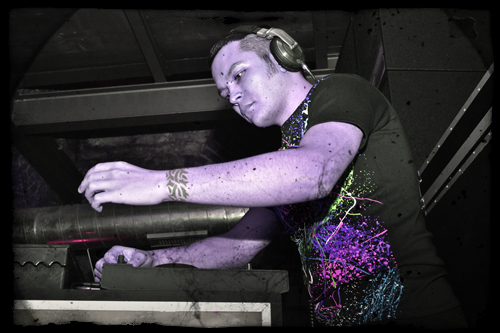 e music DJ gigs, Fed absorbed new music influences from the electro and dubstep scene. He started mixing a combination of these styles, fusing a multi-tempo DJ set where the more common 128 bpm are surrounded by rising peaks of 160 bpm and lows of 70 bpm. From a technical point of view, Fed decided to switch from vinyl and CDS to the Native Instruments ‘Traktor’ system helped by an S4 controller being able to be more creative in this new direction. In the summer of the same year Fed started his personal club event in Turin (Italy) titled “Digital Shock”, where he is the main DJ. 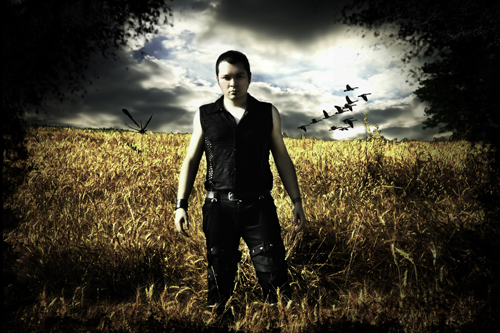 (Usa), "Born To Dance" (UK), “Music Plant” (USA),“Rebirth-Motivo” (Italy), “Stefano Cecchi Records”(It), Nick Holder's "DNH Recordings" (Canada),"M.O.D.A. Music / Warner Music" (It), "MediaRecords" (It), “Umm” (Uk) to name but a few.
His music has been used in various TV shows in theUSA, UK and Italy including fiction and TV series such as “The Castle” (Abc), “Cento Vetrine”(Mediaset), several sound logos and jingles for the Mtv Network, videogames with Atari and Konami.
His original music also appears on international advertising campaigns such as “Lancia Y 2006”,Ford Focus “2006”, “Fiat Punto 2007”, “Always Envive 2008”, “Infasil 2009” and major Hollywood movies like “Mr Popper’s Penguins” with Jim Carey.
Fed has also been requested to be the co-producer and musician by VIP artists such as Bob Sinclar, Fabri Fibra, Mutya Buena (Sugababes), Alex Gaudino, Grum, Coolio for his skills in non conventional sounds production and sound-a-like recreations.

Events
There are no events, create one!
About Us Terms us use FAQ Invite a Friend Contact Us Language (en)
Select Language